The coal mine has played a vital role in the town of Trbovlje and the entire Zasavje region, as the entire industrial and economic development of Zasavje region was founded on coal mines. Beside its impact on development of coal industry, the mine also influenced the development of other industries in the region. Mine owners built or participated in building of majority of important public buildings in the region, such as residential, cultural, hospital and school buildings, while the mines were producing coal used for heating and generation of electric power for the entire Slovenia.

Before discovery of coal, Zasavje region was predominantly agricultural, as the layer of coal was covered by a thin layer of soil on many areas, hiding the coal from plain sight. In the valley of Trbovlje the »black coal« officially started to be excavated and sold under the guidance of Franz Maurer in 1804. Trbovlje coal excavating company (Trboveljska premogokopna družba – TPD) with its headquarters in Vienna was established in 1872, and was operating in Zasavje until the end of Second World War. After liberation, Zasavje coal mines came into state ownership. In the following period the coal mine was made part of different organisational forms, until 1996, when it started operating as RTH, Coal Mine Trbovlje – Hrastnik, Ltd., whose sole establisher and owner is the Republic of Slovenia.

As of 11 February 2019, the company is in liquidation. In late December 2018, the National Assembly of Republic of Slovenia adopted the Act on gradual closure of RTH, i.e., extension of mine closure by the end of 2020.

In recent years, the mine has been used as location of several tourist and sports events, for example Perkmandeljc walks, Cave-athlons and Cave marathon, part of which is ran in the cave and part of it outdoors.

The Trbovlje chimney, chimney of Thermal power plant Trbovlje (TPPT), is the highest building in Slovenia, highest chimney in Europe and seventh highest in the world. It was built in order to distribute pollution of Zasavje across a larger area. At 360 meters high, it was being built by 3 meters in height each day non-stop, in cooperation of Slovenian and international experts by specially trained workers. Construction was completed in a total of 20 months and the building was inaugurated on the day of Trbovlje’s municipal celebration on 1 June 1976.

Thermal power plant Trbovlje is the largest power facility in Zasavje. Stretching along the river Sava with production facilities and dedicated technological installations located on the left bank, while warehouses and garages are located on the right bank, as well as a large covered parking lot and facilities for drinking water provision system.

Along with the coal mine, TPPT provided a unique foundation for development of other factories and plants, industrial and handcrafts buildings, for traffic and social activities in Zasavje and Slovenia. Today the thermal power plant and the chimney are no longer operational. Climbing the chimney is also prohibited. As of 2018, Thermal power plant Trbovlje operates as HSE – energy company Trbovlje Ltd. and is in pursuit of new options for the buildings, also in relation to tourist projects.

Cultural centre Workers cultural home Trbovlje is the main cultural institution in the municipality of Trbovlje. Cultural centre provides cultural programme throughout the year, including events presenting amateur local culture as well as modern art production. The most famous event is Festival of new art culture Speculum Artium, which celebrated 10th anniversary in 2018. Throughout the decade the festival established itself as one of the leading festivals of new media art in Slovenia and one of the renowned European festivals.

Trbovlje Workers cultural home hosts the innovative museum collection entitled ‘4. dritl’, which provides a presentation and reinvigoration of traditions of this historically important mining town. Modern technologies (virtual reality, holograms, 3D-animation, and screenings) are used to present the mining tradition in a fresh and attractive way, appealing to young generations, while presented content also uses new media approaches to describe Trbovlje of today: a modern town with a public vision of future development.

The museum exhibits content exploring local history, art history, ethnology, geography and cultural history and, to a certain extent, technology. The museum opened its doors in 1951 as inter-municipal museum of modern history.

The museum houses a permanent exhibition Good luck … black valleys, displayed as a combination of traditional standing exhibition and exhibitions in smaller rooms, which presents the common subject of the history of development of all three major towns of Zasavje in the last 200 years – coal and coal mining as the driving force of development, development of industries, hard lives of our ancestors, war tragedies, sports and culture, etc. 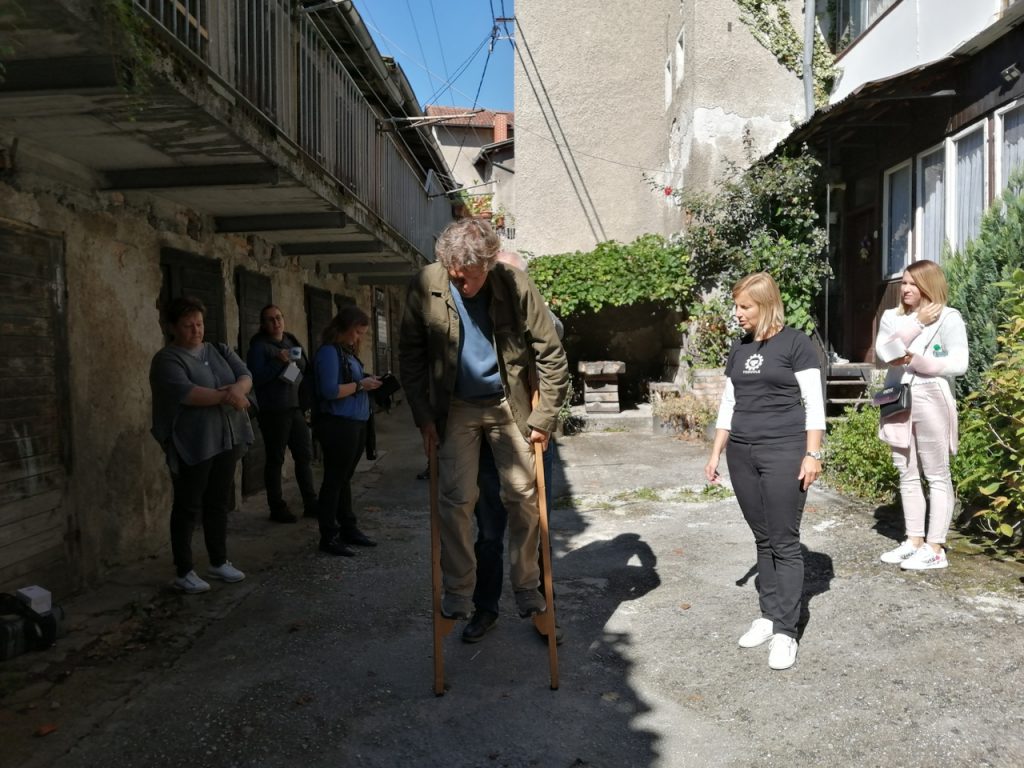 Upon special occasions, the old mining colony in Njiva comes to life as though it were still populated and full of life. Go back in time […] 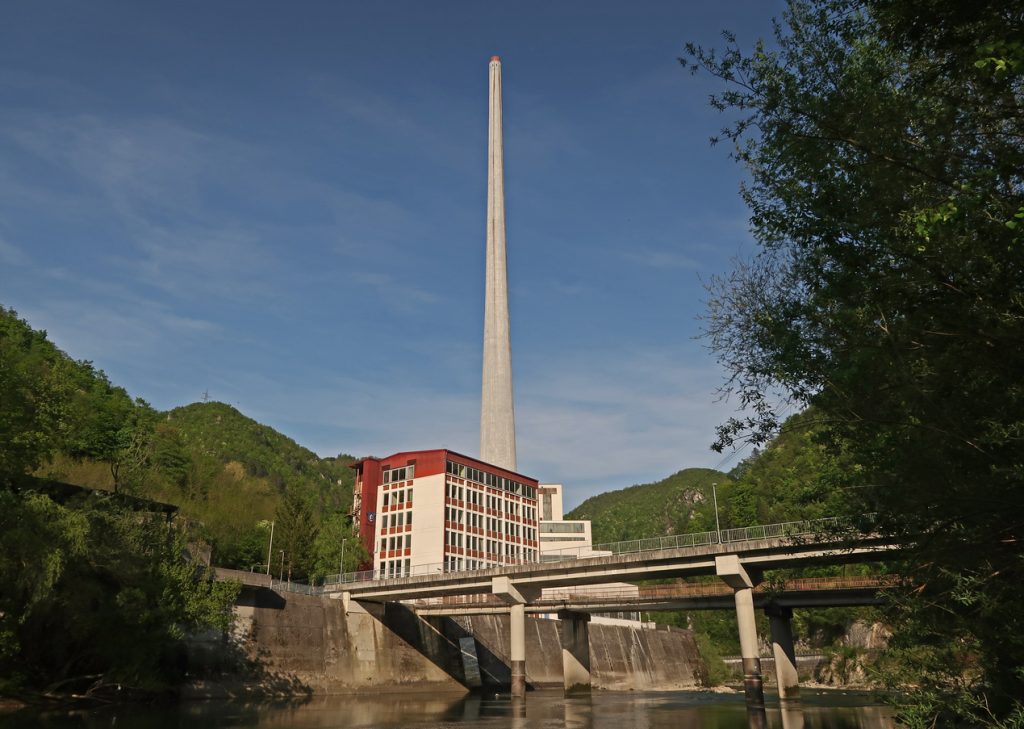 ENERGY TRAIL TO THE HEART OF THE TALLEST CHIMNEY IN EUROPE

A truly unique thing to experience in Trbovlje is a visit to the chimney of the Trbovlje Power Station. At its 360 meters, it is the […] 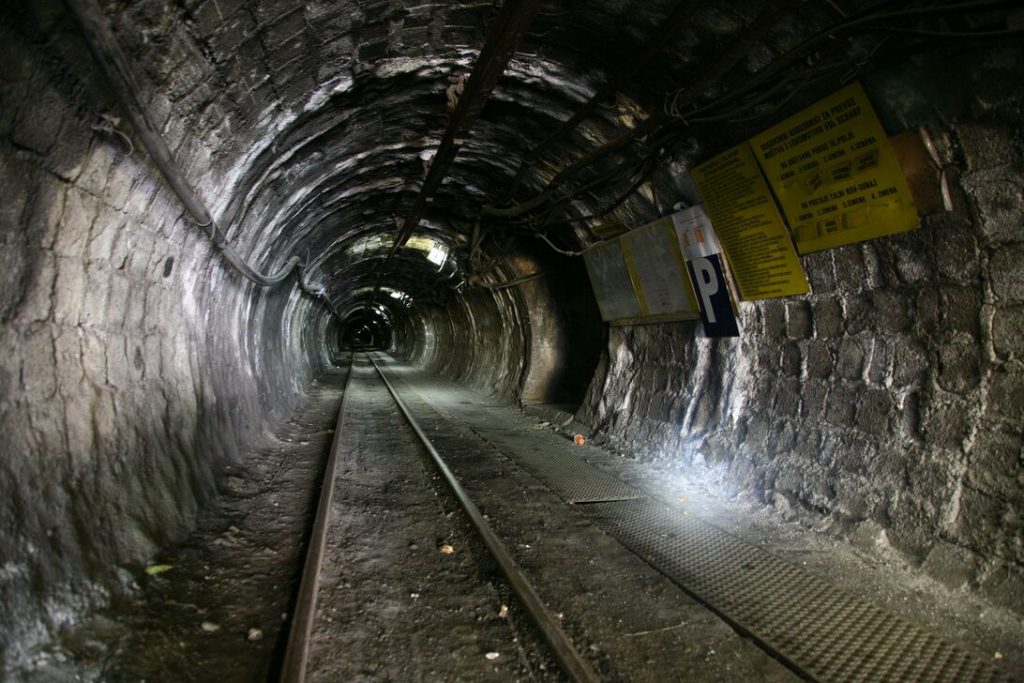 PERKMANDELJC AND HIS HIKE THROUGH THE GALLERIES OF THE TRBOVELJE MINE

Enter the kingdom of Perkmandeljc and experience the full darkness of the Zasavje coal mine. Next to walking through the galleries and shafts occupied by miners […]

The Trbovlje mine is in closing; with the purpose of bringing the memories and the heritage to life, we created a unique experience for the young […]

The area that was newly arranged within the Inspiration project carries a large symbolic connotation for Trbovlje. By setting up the interpretation point we pay respect […]